It was a cold, dark and windy day, March 31 to be precise, when the magnificent three tied up their canoes underneath the rapidly rusting structure of Hastings Pier. They were tired after their jaunt from London. The mission -to breathe new life into this Historic Pier. With relentless enthusiasm the intrepid trio explored the pier and town. Pondering over a public house table and lashings of ginger beer the three stared out to the sea. They unanimously agreed, as Graham ‘Hatcher’ Harris jumping to his knees exclaimed, “What we need is a stwong concept!” “Bwilliant” they all shouted and told Graham ‘Hatcher’ Harris to sit down again.

Unknown to the trio tribe at the precise moment in time the answer lay directly behind them … In the craggy cliff face known as White Rock Gardens!!!

Neil ‘Handy’ Hogan rose slowly from his chair, straightening his knee length Pier Visitors Khaki Shorts and said “Okay chaps, let’s go!”. For indeed there was no time to waste, so it was back to HQ for our Heroes. The White Swan was cold, dark and windy. The adventure was truly underway.

Many ideas, thoughts were bandied about over copious amounts of liquid refreshments. Two weeks and a lot of liquids passed, our Magnificent Menagerie were beginning to think.that they might not be the famous three after all. When suddenly David ‘Scriber’ Spence exclaimed inspirationally “We must have parking!” The others stared in disbelief, heads turned and a silence fell over the White Swan. When Neil ‘Handy’ Hogan retorted “We must link the car park both physically and visually from the pier.” Tubes, trams, travellators, trucks, trailers, trimarans and even tricycles were suggested. Then it came, like the arrow in the Strongbow cider advert, like a shaft of inspirational light, piercing a smoke-filled room. The schemes true catalyst, the CONCEPT – A CABLE CAR. “Smashing” said David, “Super” said Graham and “Marvellous” said Neil.

Once again the intrepid team were enthused. They packed a hamper and some honey, and headed off for the big draw-up deep in a secluded forest in the heart of the Hampshire countryside.

They had just 48 hours to complete the adventure and possibly save Hastings Pier. And so it was, the beautiful back bound book was lovingly wrapped in a £50 note and redstarred to the Judges. The gang of three lay back exhausted but content and all shouted “We were only here for the Pier“. A smashing time was had by all. 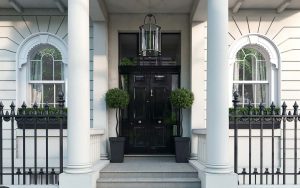 BELGRAVE SQUARE, LONDON A jewel in the crown of Belgravia, classical opulence at its finest. Planning / Architecture / Interior Design

ATHLONE HOUSE, LONDON Country living in the middle of Hampstead Heath, combining the classic with the contemporary. Planning / Architecture / 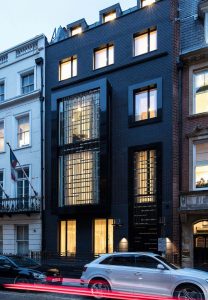